Malorie Urbanovitch – In the Spotlight 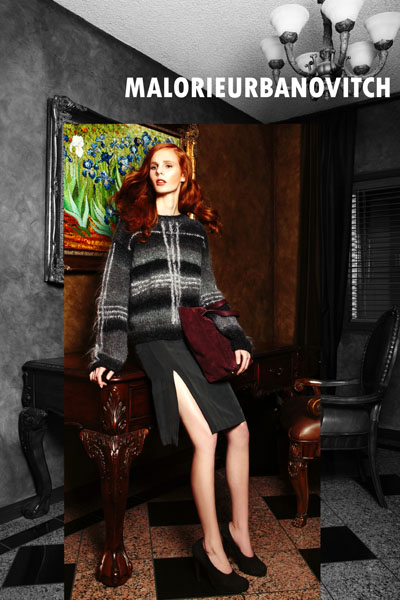 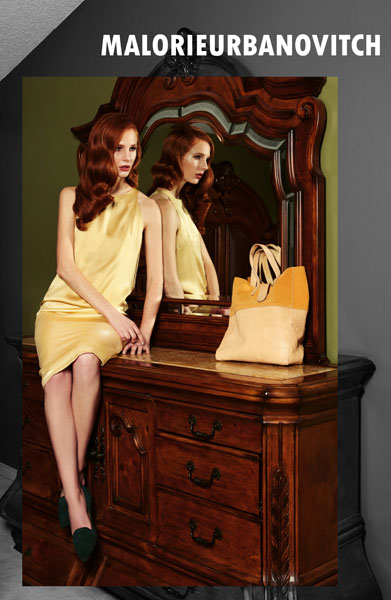 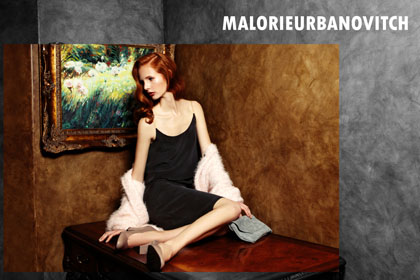 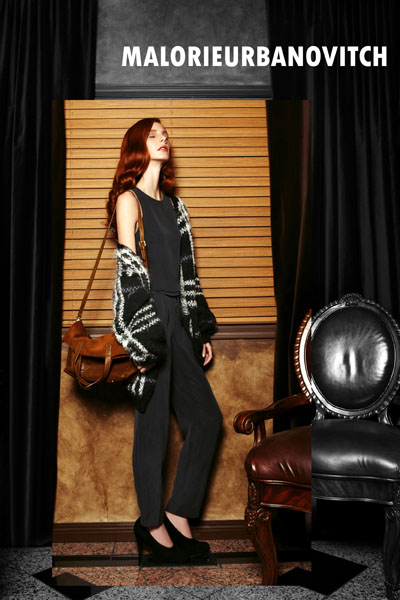 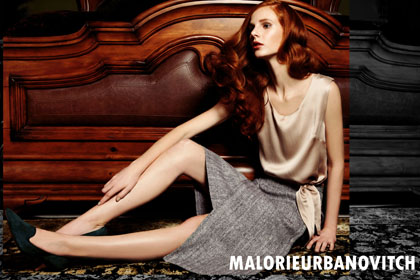 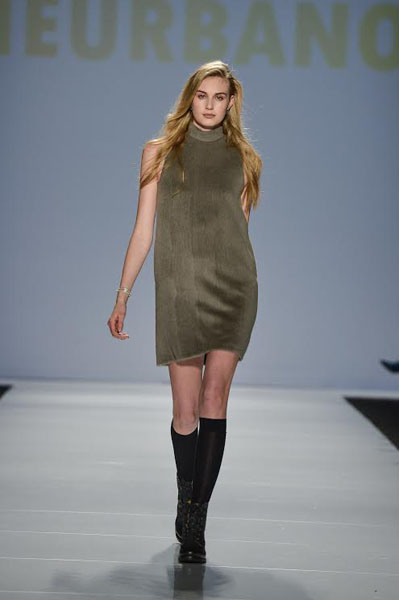 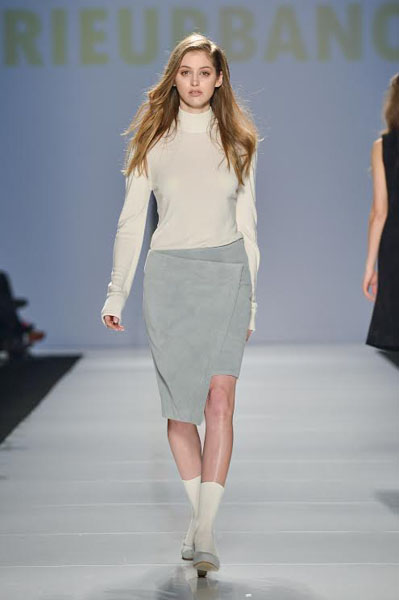 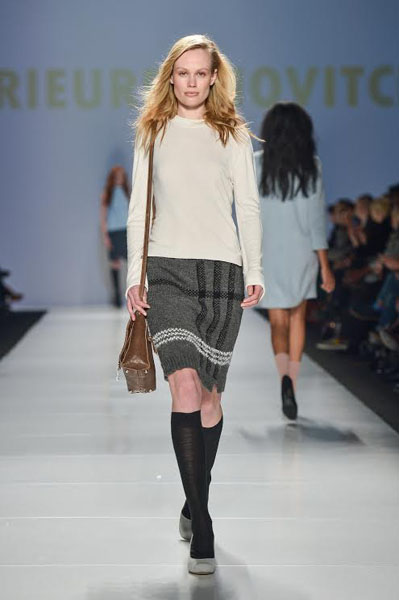 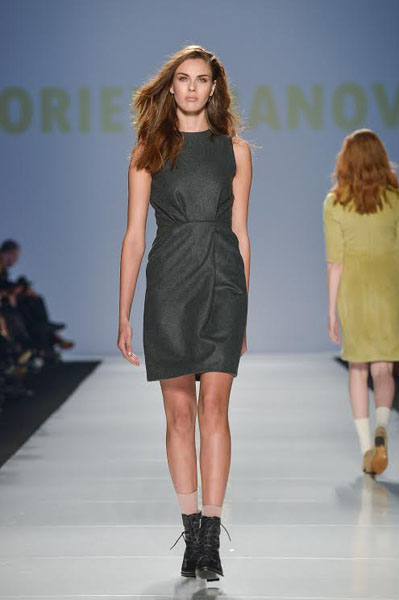 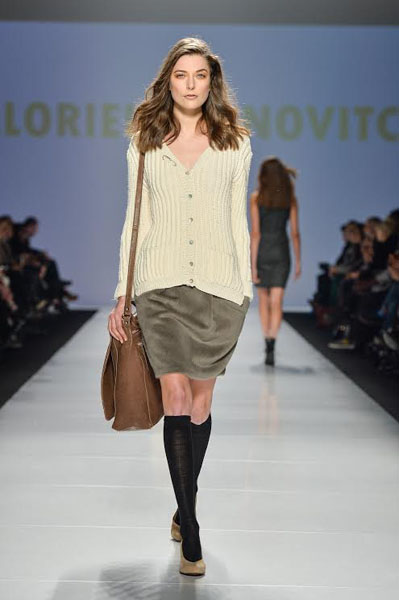 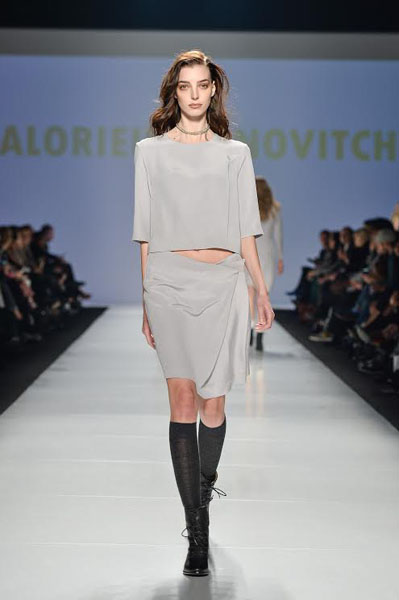 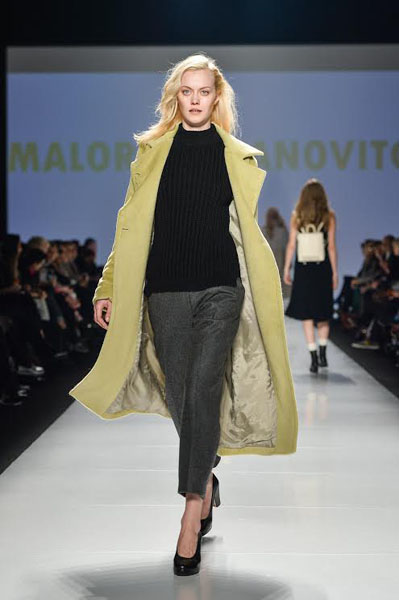 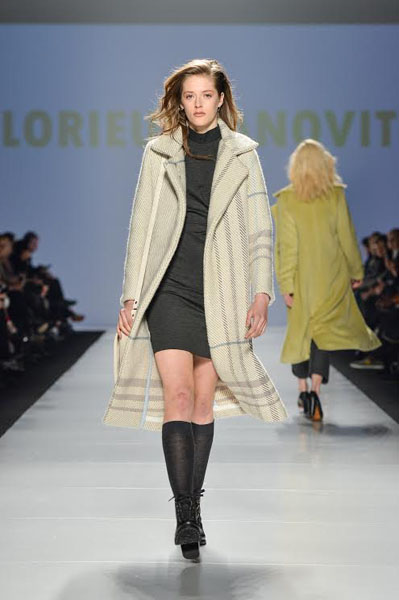 Malorie Urbanovitch – In the Spotlight

Emerging designer Malorie Urbanovitch has been garnering national attention as one of the most promising new talents in Canadian fashion. Her spring 2014 ready-to-wear collection was named as one of the winners at the Mercedes-Benz Start Up competition. Since then, Malorie’s work has appeared on the pages of renowned publications such as a British Vogue and ELLE Canada.

CAFA: You experimented with a variety of different disciplines while in University. What made you decide to pursue a career in fashion design?

MU: I started out by completing my degree in Film Studies and Painting, as I always had an interest in aesthetics. During my time in school I also worked part-time as a stylist with Mode Models in Edmonton. These ventures are what ignited my interest in fashion. I also took a few pattern-drafting and sewing courses, as I saw the need for more styling options in Edmonton. We didn’t really have access to editorial pieces, so I decided to supplement pieces with my own designs. During this time, I realized that I really enjoyed sewing and creating garments. I showed a collection at Western Canada Fashion Week which generated a great response.

CAFA: Do your collections draw inspiration from your background in film and painting?

MU: Each of my collections is based on the “Malorie Urbanovitch Girl” of the season that I’ve created. Lately I’m really drawn to the ‘90s aesthetic, but the sources of my inspiration change a lot. I am very inspired by film, and driven to keep the feel of my collections quite relevant. However I also try to include nostalgic references in my designs and I likely always will.

CAFA: How would you define your signature aesthetic?

MU: I always try to make everything as wearable as possible keeping in mind Canada’s climate. I make a lot of fuzzy knits and cozy jackets because I want my designs to be functional. I’m trying to find a balance between the commercialism and art of fashion. I think it is important to balance the avant-garde elements or else nobody would actually wear my clothes in real life. My main goal is to design pieces that are interesting and reflect my unique voice. I am trying to be on the vanguard of Edmonton style by presenting garments that are distinctively modern.

CAFA: What role has Edmonton’s fashion scene played in your career thus far?

MU: I think Edmonton has played a really important role in the trajectory of my career because of its incredible artistic community. Since there aren’t many Edmonton-based designers, there is a lot of support and enthusiasm within the community. It’s great that the community gets really excited when there is somebody who is doing something on a national scale. I think it has been a great thing to be based in Edmonton because it sets me apart from the designers based in Toronto or in Montreal. Alberta has given me a different perspective and it has been a really nurturing place to develop my brand.

CAFA: Can you talk a bit about the collaborative nature of the Edmonton community?

MU: There seems to be a lesser-known network of artisans in the community. These talented craftspeople have added an incomparable dynamism to my work. I recently collaborated with a local weaver named Jessica Fern Fachette who I met at the Royal Bison Craft & Art Fair. The event consists of a small community of local artists who come together and sell their work. The fair is not necessarily made for fashion designers, but I’ve had a great amount of support from my participation. I got to talking with Jessica who had never made a garment but was very excited about the prospect of seeing one of her woven pieces as a part of a garment.

CAFA: What do you think have been the biggest challenges in starting your own fashion label?

MU: The biggest challenge is the business aspect of running a fashion label. The fashion world can be very costly – it can be a huge expense to develop samples and to have a show. When you’re a designer who is starting out, there is an insatiable desire to present your work, but that exposure requires financial backing. The business aspect has been a challenge but we’ve managed to make it work up until now. We can have all of the ideas in the world but there are sometimes unforeseen expenses to realizing a creative vision. It’s a challenge, but hopefully people will start to see fashion design as a lucrative business and one where they can invest money.

CAFA: What aspirations do you have for the Malorie Urbanovitch label?

MU: I hope to develop my brand to an international scale. I am realistic about the fact that it will be a slow progression. I’m not in a rush to become famous. I am working hard with the hopes of becoming recognized in Canada as a frontrunner in the fashion industry. Once I gain national recognition, hopefully my brand can spark some interest worldwide.

CAFA: What has been the most rewarding part of starting your own label?

MU: The most rewarding part has been integrating myself into a community that has given me so much support and constructive feedback. I’ve found the misconstrued perception that people in the fashion industry are “mean” to be completely false. I could not have had a better experience with the people that I have met. I have been fortunate to have mentors who have given me great advice. I can’t say that I’ve ever wanted to quit or been terribly discouraged, because I know the fashion community provides such a great support system.