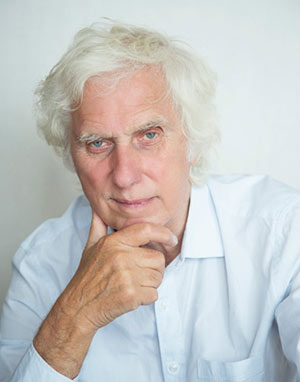 Douglas Kirkland is an award-winning celebrity photographer. He joined Look Magazine in his early twenties, then Life Magazine during the golden age of photojournalism in the 1960s and 1970s. He simultaneously contributed to other major publications around the world, including The London Sunday Times Magazine, The New York Times Magazine and Town & Country among many others. Between 1960 and present, Douglas Kirkland photographed over 2,000 assignments and more than 600 major celebrities — from Marilyn Monroe to Angelina Jolie. During the same period he worked on the sets of more than 150 motion pictures, including The Sound of Music (1964), 2001: A Space Odyssey (1968), Butch Cassidy and the Sundance Kid (1969), Out of Africa (1985) Titanic (1997) Moulin Rouge (2000), Australia (2007), the Great Gatsby (2011), and The 33 in 2014.

His books include Light Years (1989), Icons (1993), Legends (1999), Body Stories (1998), Freeze Frame (2007), An Evening With Marilyn (2002), Coco Chanel: Three Weeks (2008), the New York Times #1 best-selling James Cameron’s Titanic (1997), Michael Jackson the Making of Thriller (2010), With Marilyn (2012). A monograph on his career, Douglas Kirkland – A Life in Pictures, was released in September of 2013. Come Una Pin Up, a playful homage to illustrator Gil Elvgren was published in Italy in the summer of 2014. A limited De Luxe edition of his book, When We Were Young, premiered with a successful exhibition at the Mouche Gallery in Beverly Hills, Freeze Frame: Second Cut was released in April 2017. His new book, Physical Poetry Alphabet, was released in June 2018 by Sylph Editions in London.

Douglas Kirkland’s photographs have been exhibited throughout the world and are included in the permanent collections of the National Portrait Gallery in London, The National Portrait Gallery in Canberra Australia, the Smithsonian Museum, the Eastman House, the Gallery of Modern Art in Brisbane Australia and the Academy of Motion Picture Arts and Sciences among others. In September of 2008, Vanity Fair Italy organized a retrospective at the Museum of the Trienale in Milan and in February of 2012, for the first time, the Academy of Motion Picture Arts and Sciences commissioned Douglas to shoot portraits of the nominees for Best Actor, Best Actress, Supporting Actor and Supporting Actress. These images were exhibited in the Grand Lobby of the Academy with the title of Out of Character and are part of the permanent collection at the Academy as well. His exhibition: “Douglas Kirkland – A Life in Pictures” at the Museum of Modern Art Gallery GOMA in Brisbane was the 3rd most visited photographic exhibition in the world in 2010. “Douglas Kirkland – Freeze Frame” opened in Rome at the MAXXI Museum in October 2017. The Lumiere Brothers Gallery in Moscow held a major retrospective “Douglas Kirkland – Behind the Scenes” in Moscow from January to April 2018.

He is also a sought after lecturer, a member of Canon’s Explorers of Light and an associate member of the American Society of Cinematographers. His numerous awards include, a Lucie for Outstanding Achievement in Entertainment Photography, The Golden Eye of Russia, and a Lifetime Achievement Award from CAPIC in Canada. In 2010 Cinecitta Luce and the American Cinematheque gave him the Cinema Italian Style Award and in February 2011, the American Society of Cinematographers ASC presented him with the prestigious President’s Award. In January of 2014, PHOTO LA honored him, for his contribution to the world of photography. In the summer of 2015, he received a special Nastri D’Argento (Silver Ribbon) at the International Taormina Film Festival. The Canadian Consul General in Los Angeles presented him with the Award of Excellence in recognition of a lifetime of outstanding accomplishments in September 2017.

He has enjoyed a long-term career spanning over fifty years with no sign of slowing down. When he is not traveling the globe on assignment with his wife and business partner Francoise, his home and studio is in the Hollywood Hills.

The Douglas Kirkland Archive is a repository of Hollywood celebrity and popular culture during the last half-century.