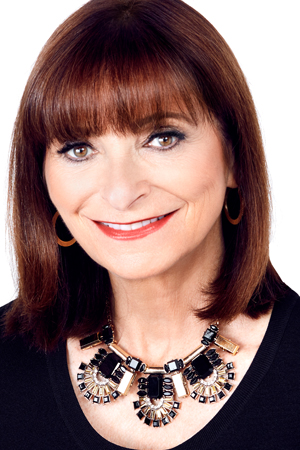 Jeanne Beker is one of the most iconic and influential women in the fashion industry, both here in Canada and around the world. Jeanne is currently host of Bell Media’s FashionTelevisionChannel – Canada’s first and only 24-hour channel dedicated to fashion, beauty and design.
Host of Canada’s leading fashion series FASHION TELEVISION for 27 years, Jeanne is also a contributing editor for The Toronto Star and The Kit, a columnist for Metro, a published author of five books, creative director for exclusive clothing line “Edit by Jeanne Beker” available at The Bay, and a regular style correspondent for ETALK, THE MARILYN DENIS SHOW, The Loop and CANADA AM.

In 2012, Jeanne was honoured with the prestigious Canadian Award of Distinction at the Banff World Media Festival, and also received a Canada’s Most Powerful Women: Top 100 Award in the Arts& Communications category. In 2013, The Academy of Canadian Cinema & Television presented her with an Academy Achievement Award for Exceptional Contributions to the Canadian Television Industry.